0 shares
Jump to Recipe Print Recipe
Today, we have Dianna from The Kitchen Prep sharing her recipe for Brazilian Coconut Brigadeiros. I’ve never heard of these before Dianna introduced me to them–they look (and sound… well read) amazing! Dianna met at a local blogger conference and stayed in touch since. She lives a few hours south from me, so we don’t get to see each other too often. I know that if she lived closer we would hangout frequently–we have a lot in common!

Hi everyone! I’m Dianna from The Kitchen Prep, filling in for Katie today while she gets some major snuggle time with her new little one!

I’m thrilled to be over here on Katie’s Cucina… it’s nice to get out of your own kitchen every now and again. 😉 Aside from that, Katie & I happen to have lots in common! We both love to make crafty things {though I have no patience for documenting my DIY projects like she does!}; we both love to travel and share our foodie adventures; we’re both Floridians; and, most importantly, we both love to cook & bake up a storm!
When Katie asked me to share a recipe during her blog maternity leave, I started thinking about all of my current cravings {they change up pretty often}, and on the top of that list right now is anything coconut. There’s just something about coconut flavor that whisks you away to a tropical happy place. 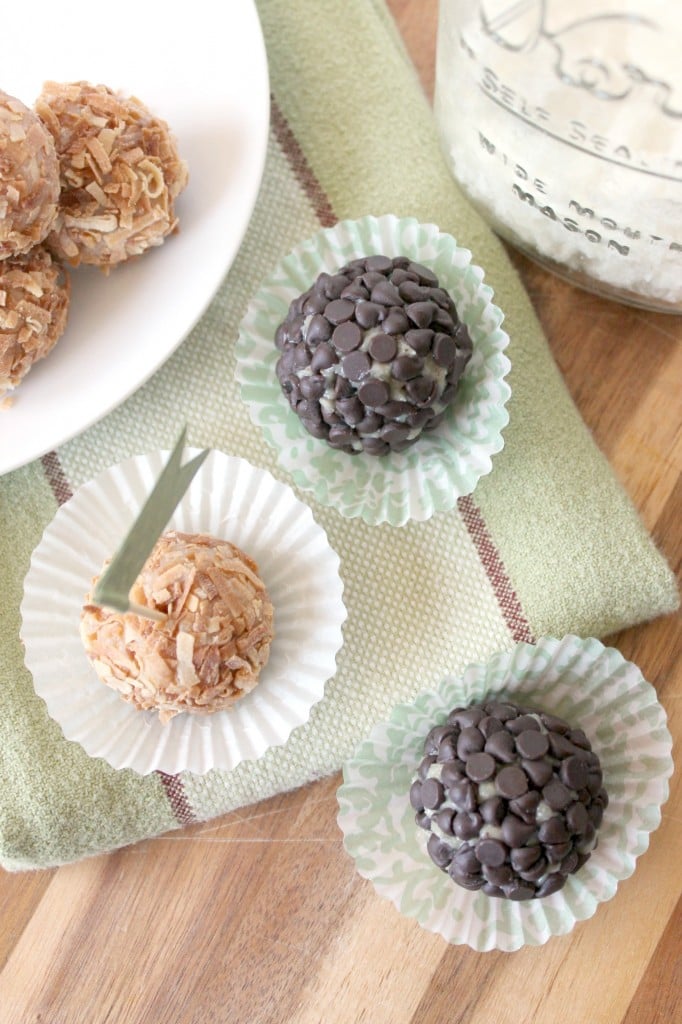 Back when I first started my blog, I posted a recipe for Brazilian Coconut Brigadeiros — super sweet and chewy little coconut truffles made with sweetened condensed milk and flaked coconut. The only thing is, I was using a camera phone at the time {and 3 years ago the quality of phone pics wasn’t what it is today}…so, the pictures? Yeah, they didn’t really do these treats justice. In fact, they were just plain bad. And the brigadeiros themselves? Quite the opposite!
So today, I’m whipping up another batch {with much-improved pictures!} to share with you!
Here’s the best news of all: These are ridiculously easy to make. If you can boil liquid and have enough patience to let it set up in the fridge, then you can make these without even breaking a sweat. Although there is a bit of whisking involved… so maybe just a tiny bit. But it’s worth it.
One of my favorite things about these rich coconut candies {besides the fact that they’re made with condensed milk which is reason enough to love them} is the fact that you can get creative and roll them in all kinds of toppings. Toasted coconut, mini chocolate chips, sprinkles, chopped nuts… Wouldn’t they be perfect on an Easter or spring dessert buffet? 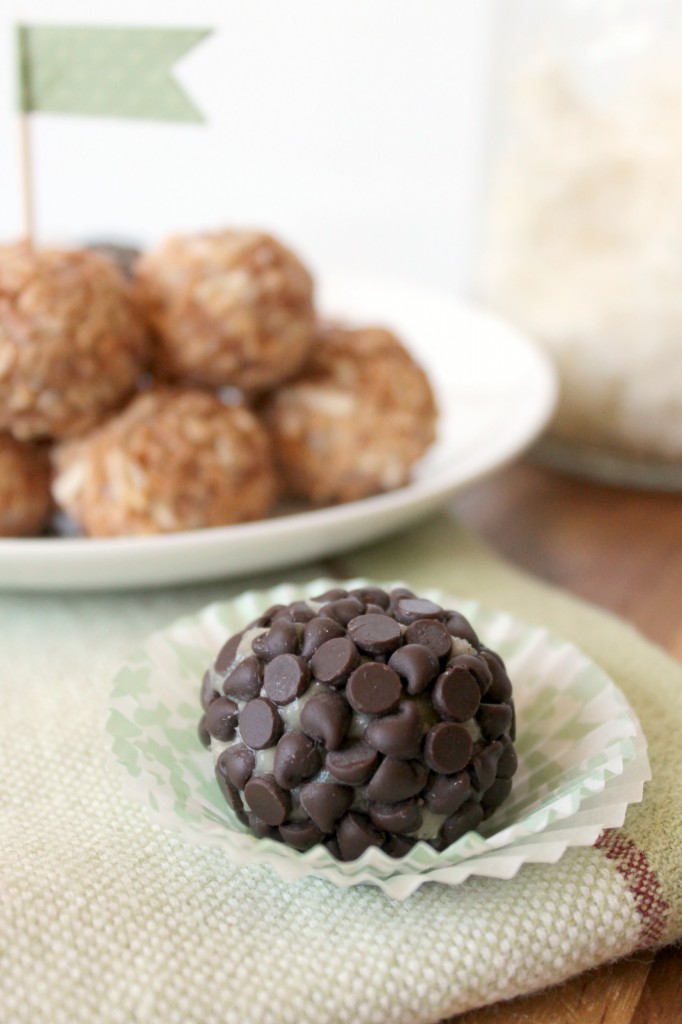 Thanks again to Katie for inviting me to come hang out in her cucina while she soaks up some sweetness of her own!
Adapted from Fine Cooking 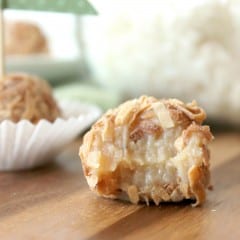 - Milk, especially sweetened milk, is easy to burn, so keep an eye on it while the heat is high.
- Spraying your tablespoon, and even your hands, with a little oil can help the scooping/rolling process. The stuff is sticky!
- I toasted the coconut that I rolled these in, but they also look very pretty with plain, un-toasted coconut, too!