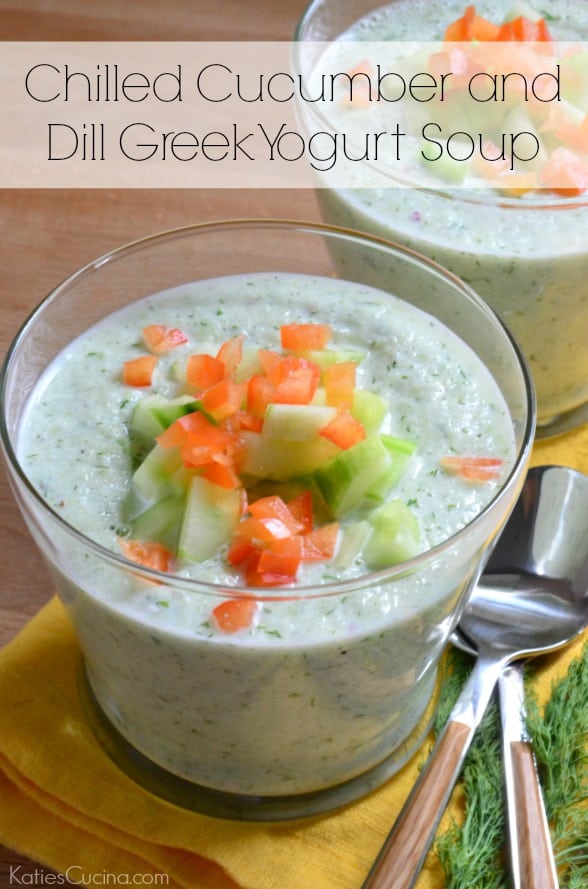 I’ve always had a love for cucumbers. From as young as I could remember I would eat slice by slice as a snack. I remember in the summer months visiting my Uncle Sammy’s garden in Pittsburgh, where he grew an insane amount of tomatoes and cucumbers. I’m talking rows and rows of cucumbers and tomatoes. I think of my summers visiting his garden when I eat cucumbers and tomatoes in the summer months. Since it’s so dang hot out right now I figured a nice chilled soup would be good to cool off with. This recipe for Chilled Cucumber and Dill Greek Yogurt Soup is just what the doctor ordered and best of all it’s made in 10 minutes.

All you need to make this soup is a high power blender or even a food processor. I used my food processor and it worked just fine. I may or may not have had to puree this soup in my garage while working on this recipe. My baby boy was finally napping and the last thing I was about to do was take a chance and wake him up thanks to a minute’s worth of food processing. Instead of using sour cream, heavy cream, or milk or a combination of any one of the three I used one cup of Stonyfield Organic Plain Greek yogurt! Did you know that there are 23 grams of protein in just one serving of Greek yogurt. So you can eat this soup guilt free and meat free without having to worry about getting your serving of protein in! Cool off this summer with my super simple and quick recipe for Chilled Cucumber and Dill Greek Yogurt Soup! 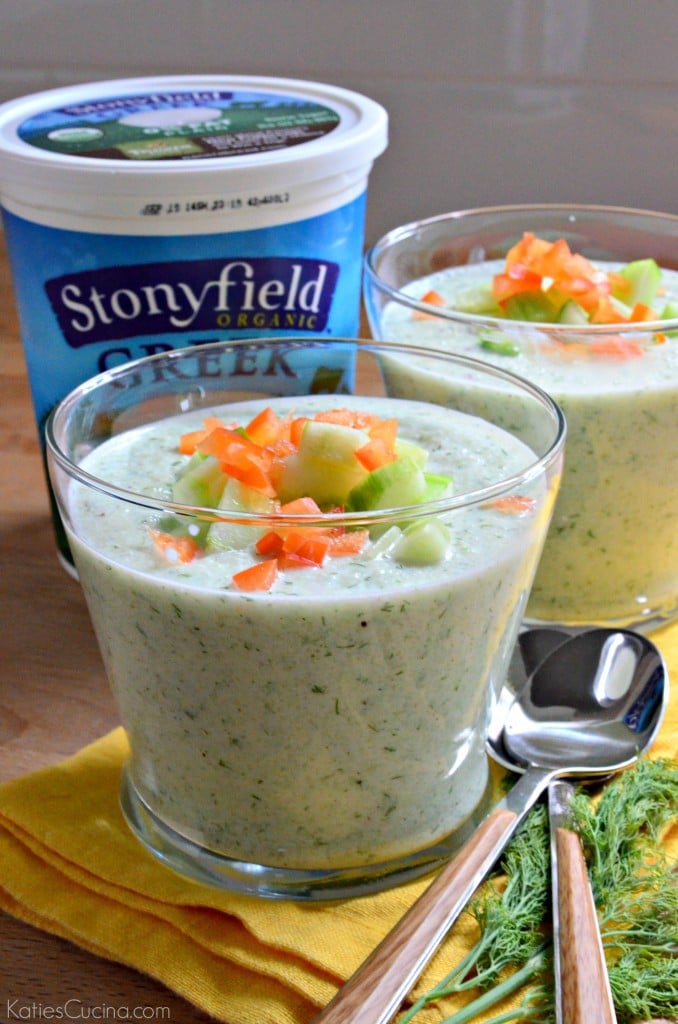 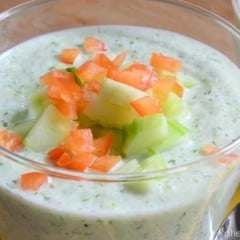