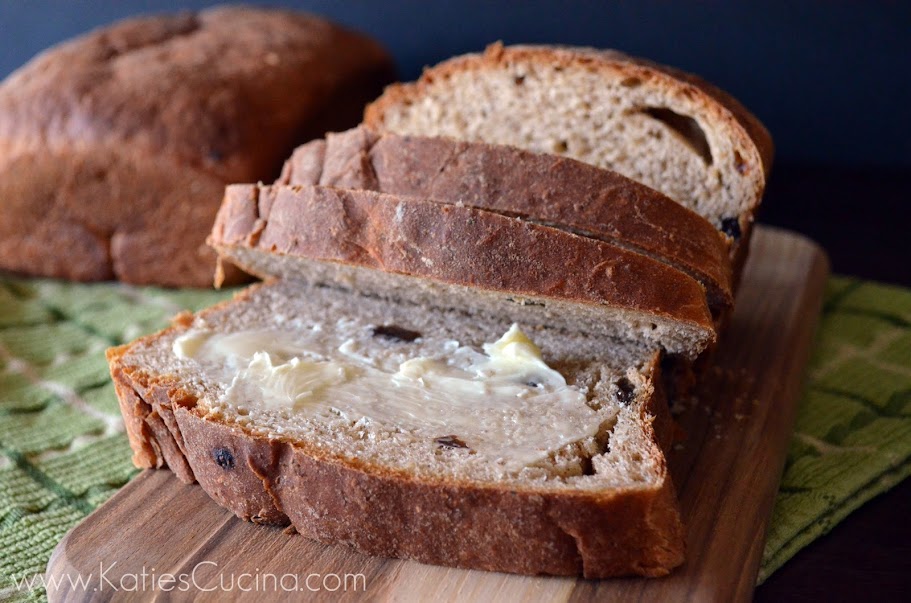 I was shocked at how easy this recipe was. This was my first full loaf bread baked in 8×8 bread loaf pans. I was a bit nervous as I always am when baking bread. After a few hours of rising and then baking I knew that my bread was a success! After it cooled I sliced a thick piece of the Cinnamon Raisin Bread to give it a taste test. It was amazing. More than I could have ever dreamed of. Full of cinnamon and plump raisins. Although, the next time I think I’ll make it a little sweeter. But other than that… its amazing! 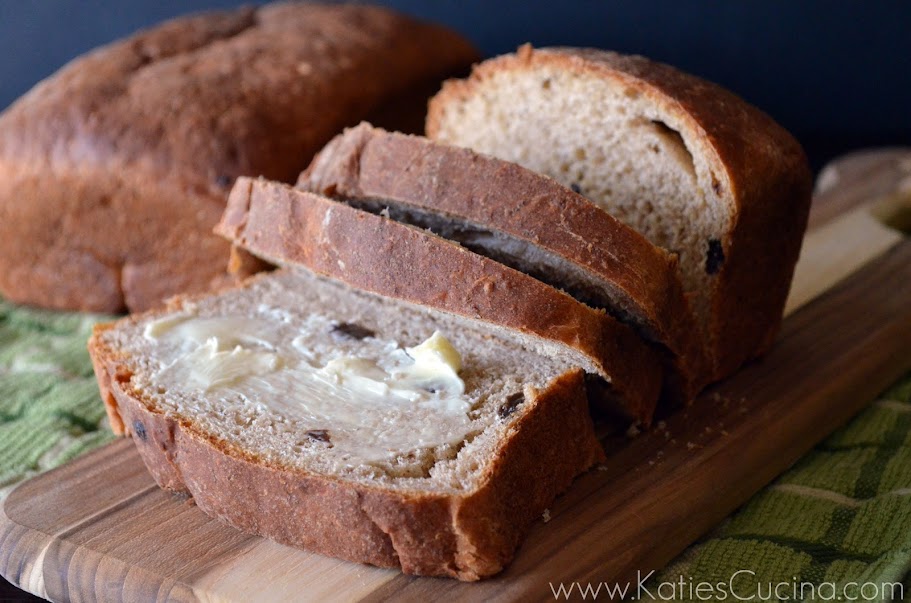 So whether you are baking Cinnamon Raisin Bread for an every day breakfast or plan on hosting a brunch this Mother’s day. You may just want to include baking some fresh homemade Cinnamon Raisin bread and adding this to the spread!