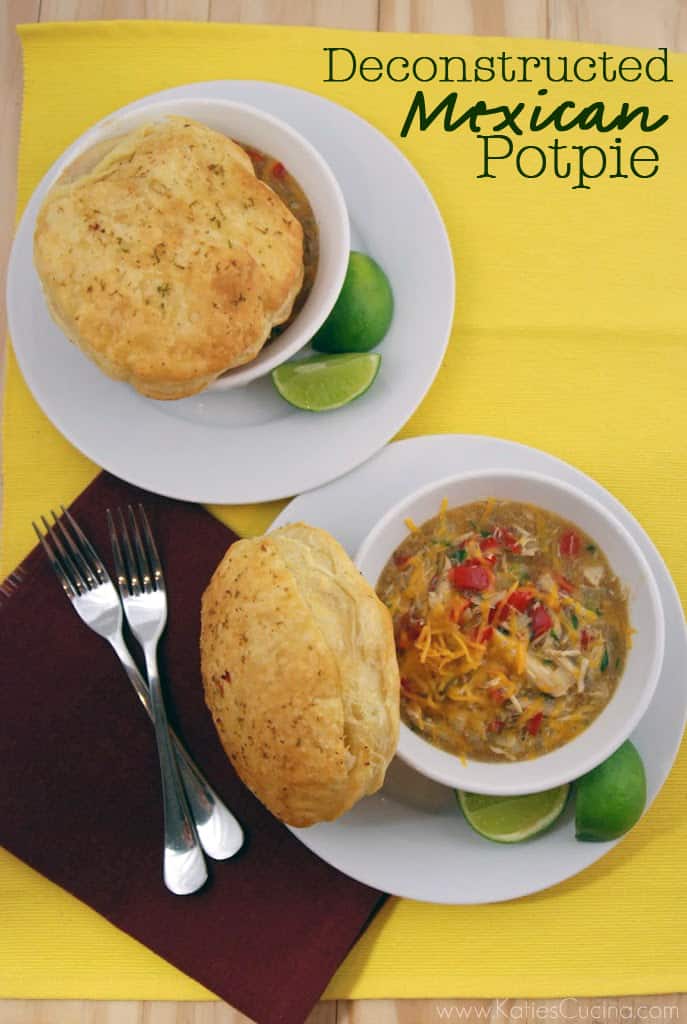 Cinco de Mayo is right around the corner–as in Saturday. I’m a huge fan of Mexican food and I’m always looking for new recipes to try. While flipping through the May issue of EveryDay with Rachael Ray I saw this tantilizing recipe for Deconstructed Tex-Mex Potpies. The idea of a quick and easy and spiced up version of the traditional potpie enticed me and so I flagged the recipe. I purposely made extra chicken last week so that I could try out this recipe. Plus, who doesn’t love puff pastry? 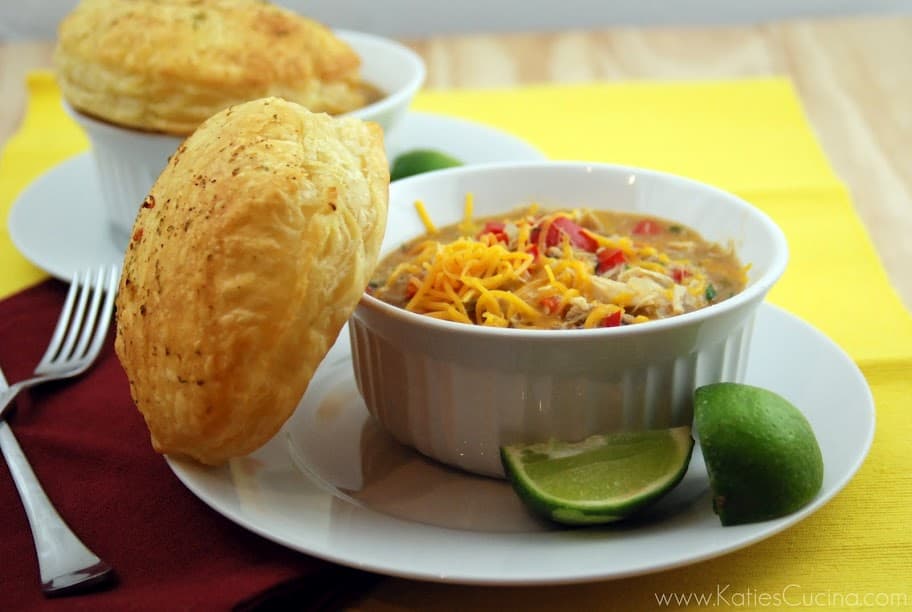 I can’t deny it–we ate 2 servings each. It was that good! The creaminess from the rue and the cheese on top set the tone. The cilantro gave it a burst of additional flavoring at the end. I think next time I would add a potato or jicama to the meal to make it a bit heartier. The original recipe called for an egg wash on the puff pastry and it just so happened that the day I made this I was completely out of eggs. So I decided to add a tablespoon extra of oil to the pan so that I could take the seasoned oil/butter mixture and brush that on to the pastry rounds. It worked out beautifully. I also grated a little lime zest for additional color and flavor. 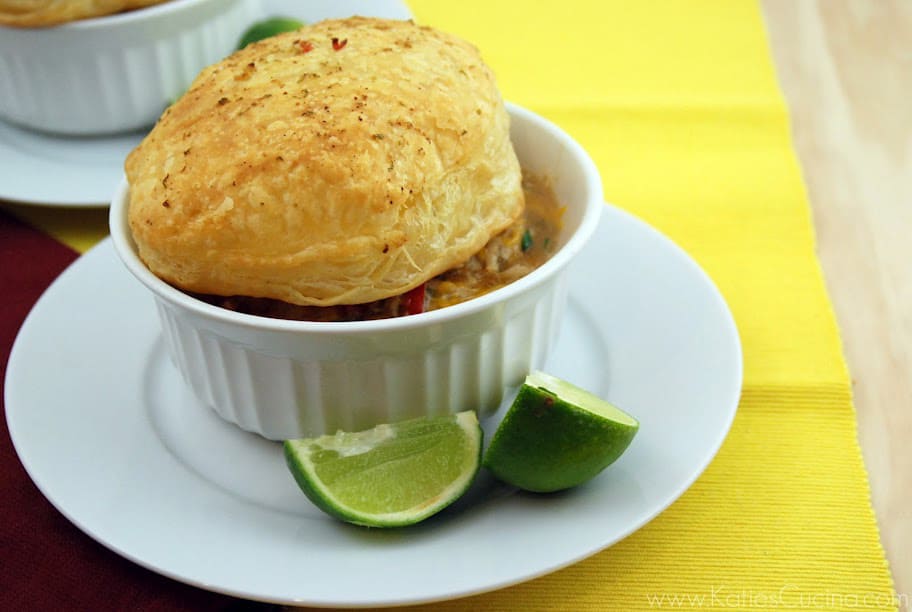 This is a simple meal that you could easily entertain a large hungry group with. I could even imagine these as a “shooter” like appetizer for a Cinco de Mayo party or placing smaller rounds of puff pastry in a muffin tin and baking to have a pastry cup and then topping with the mexican style chicken pot pie. Which ever way you decided to serve it I know you’ll enjoy it. It’s such a refreshing twist on a classic! 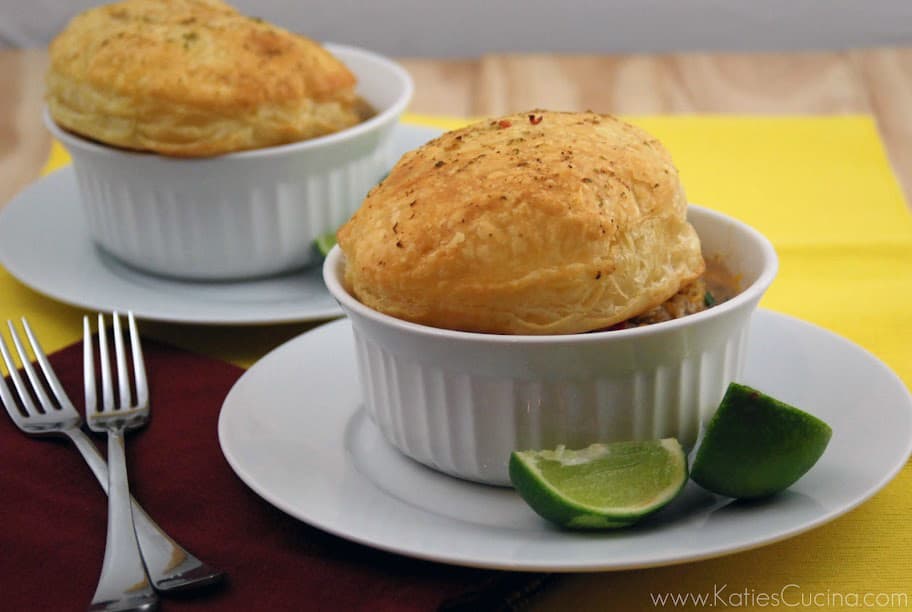 Adapted from: EveryDay with Rachael Ray May 2012