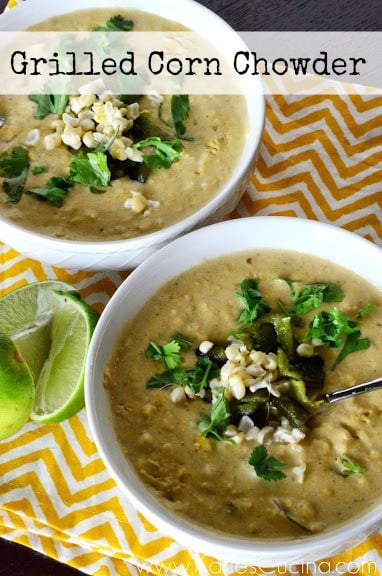 Grilled Corn. I can’t get enough of it in the summer months. It wasn’t until last year that I started enjoying grilled corn. Earlier this month, while cruising the Caribbean I got caught up on some of my magazines on one of our sea days. As I flipped through the magazine this recipe for Grilled Corn Chowder popped out at me. I read through the recipe and flagged it to make when I got back home. And that I did… 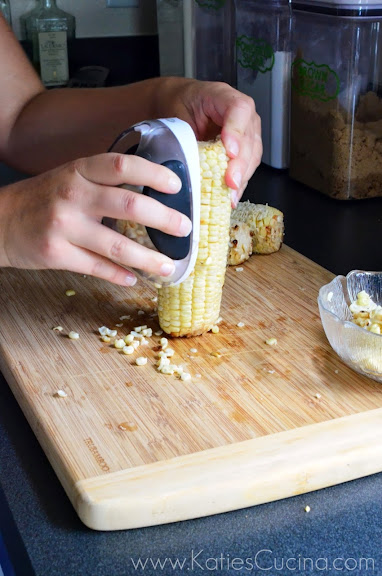 I also reached out to OXO to try out their corn stripper tool. If there is one thing I hate in life it is cutting corn of the cob. The kernels go everywhere and before I know it my kitchen is a mess. My husband was not happy to see yet another “kitchen gadget” arrive at our home, but I promised him this would be one gadget that would get great use–especially in the summer! I used it and we were both in awe… awe at how clean the kitchen was and how quickly I was able to cut off the corn off the cob in no time! Seriously, if y’all make lots of corn recipes or have a picky eater who refuses to eat the corn off the cob (or like me lacked front teeth for multiple summers in a row growing up), you will want to invest in the corn stripper. 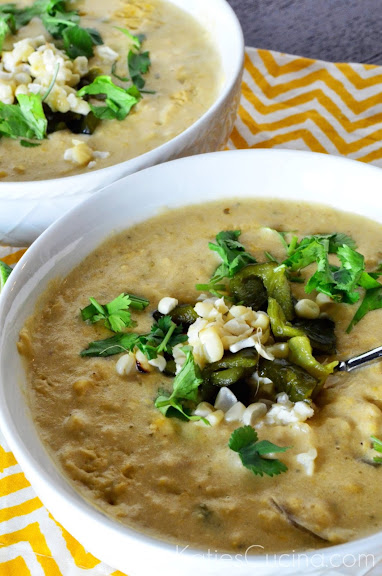 I know some of you may be thinking that I’m out of my mind to be making soup in the summer… I’m not… well ok, maybe. But for those who know me in real life I’m a soup connoisseur and love to eat soup all year round. This grilled variety hits the spot and even better its vegetarian friendly! 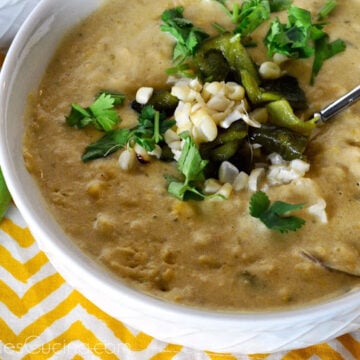