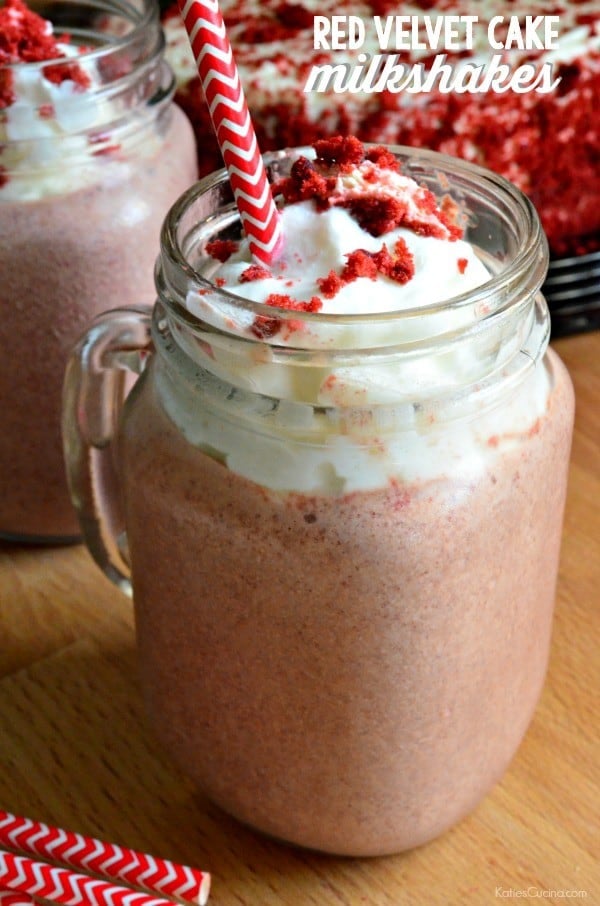 What do you do when you have a Costco sized red velvet cake leftover? Other than eat it… you make red velvet cake milkshakes out of a huge slice. We had family in town over the holidays, and while shopping at Costco we picked up a huge decadent red velvet cake (by the way, they have the best red velvet cakes). We needed dessert and we weren’t about to stop at another store to pick one up. And let’s face it I was recovering from a nasty cold and still wasn’t at full energy capacity to make dessert. It was bad enough I had to make all the sides. So I didn’t want to chance running out of time or energy. 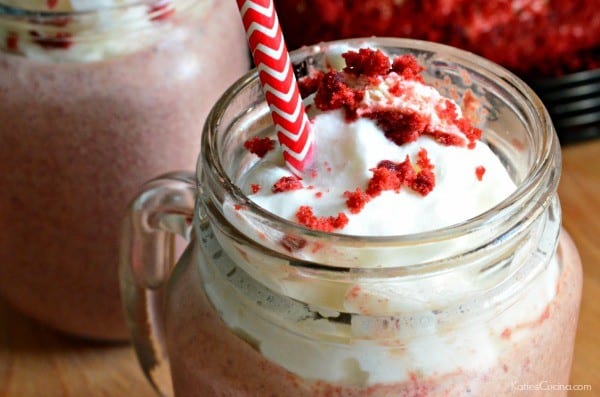 We ate a quarter of the huge red velvet cake for dessert that night. We brought it home and consumed a few slices the next night. The following day my husband was going to bring it into work; however, that changed after he saw my note the next morning. I had this idea during one of my middle of the night feedings… why don’t I make a red velvet cake milk shake out of some of that leftover cake? So after I put the baby back down to bed, I rummaged around the kitchen in the dark to find a piece of paper and a pen. I scribbled on the paper a note that read “DO NOT take the red velvet cake to work… recipe idea in the works”. As I opened up the refrigerator the next morning, I was happy to see that large cake sitting in the fridge. Waiting for me to make a few glorious milkshakes out of it! 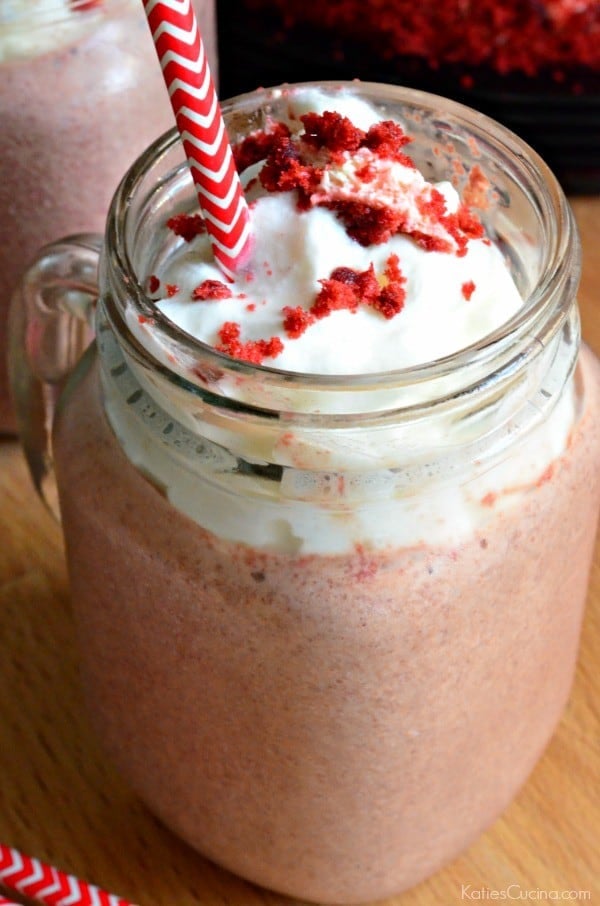 Of course when I went to make the milkshakes I realized that my milk was a week expired and was starting to stink… so the next best thing I had on hand was half and half. I’ve never made a milkshake before with half and half… and I don’t know if I’ll ever make one again without it. It brings the milkshake to a rich thick decadent level that I didn’t know was possible. If you don’t have half and half on hand don’t fret. You can use whatever milk you have in the refrigerator. So the next time you have leftover red velvet cake feel free to whip up a few Red Velvet Cake Milkshakes! I promise your family and friends will thank you. 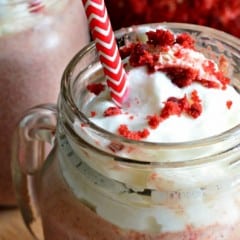