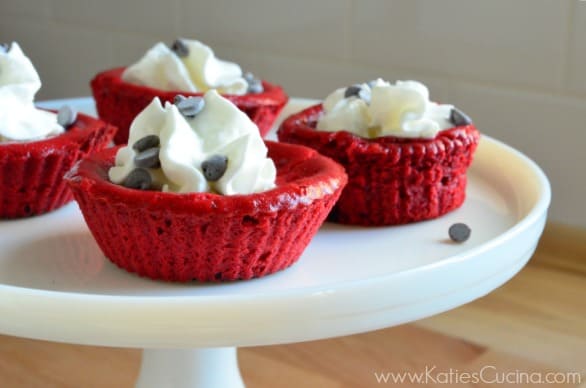 I’ve always had a soft spot for cheesecake. I can thank my mother for this, she introduced me to cheesecake at a very young age. Growing up she would make cheesecake cupcakes on special occasions like birthdays and holidays. I would always request cheesecake cupcakes over regular cake every birthday, and when we were deciding on holiday menus cheesecake was a must in the dessert categorie. You could have 10 pies–I still wanted a cheesecake! 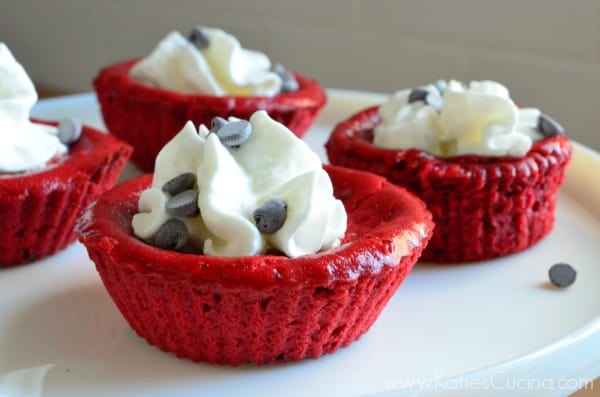 We had my baby shower last month (almost a month ago which is mind blowing). While planning the menu (we catered Chipotle and it was amazing) I decided I wanted a dessert bar. No cake… just cupcakes, cookies, chocolates, and of course cheesecake cupcakes. We didn’t have red velvet cheesecake cupcakes, just the traditional (which was fine in my book).

As Valentine’s day approaches I find myself always craving/wanting red velvet products. Not sure why that is… but it is. So I decided to alter my mom’s recipe and make a red velvet version. I also have a little hidden treat in these cheesecake cupcakes that you can’t see… I carefully twisted an oreo and put half of one on the bottom of each cupcake liner before filling the liners with cheesecake batter. It gives a nice little crust and everyone who ate one enjoyed the treat! Oh and just so you know these taste way better than the photos depict–they were not cooperating with me the other day when I went to photograph them. 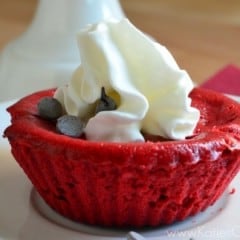 Make these ahead of any event - they are great in the fridge for up to five days.