Let your slow cooker do the work for dinner tonight. Use up leftover shredded chicken taco meat and rice and stuff bell peppers! 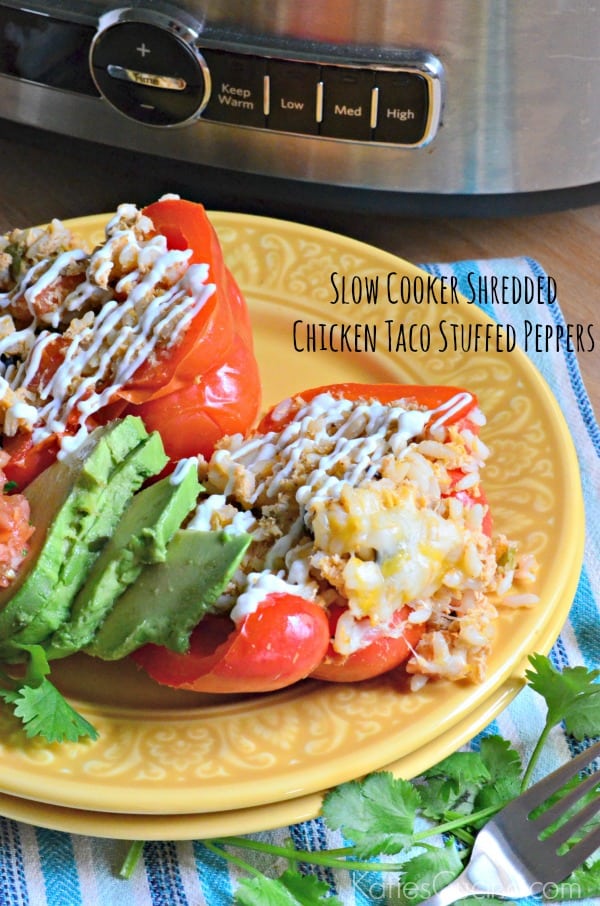 As we end taco week, I leave you with a stuffed pepper recipe! I love making stuffed peppers. It’s a great way to use up leftovers and incorporate more vegetables into your meal. This recipe is gluten free and made in the slow cooker. It’s similar to my Chicken Enchilada Stuffed Peppers, but this time I use leftover shredded chicken taco meat and white rice as well as fresh tomatoes and sliced olives to give a taco taste, but in a bell pepper! 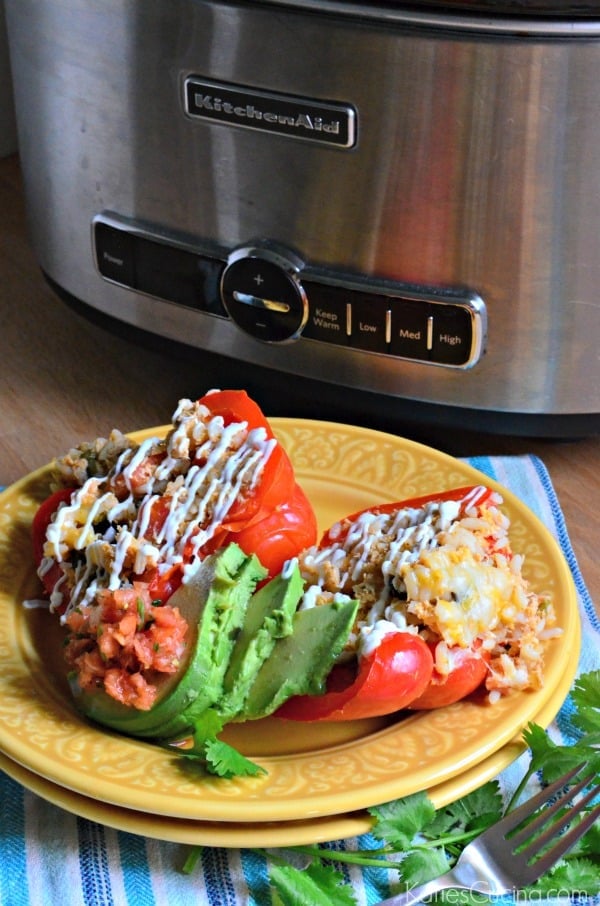 I love making stuffed peppers in the slow cooker. Some might find making stuffed peppers a daunting task, but it doesn’t have to be. By placing water at the bottom of your slow cooker it steams the bell peppers making them fork tender at every bite. I paired these Slow Cooker Shredded Chicken Taco Stuffed Peppers with fresh slices of avocado, homemade salsa, and sour cream. My trick to the tiny thin lines of sour cream. Place a spoonful of sour cream in a ziplock sandwich bag. Cut a tiny hole in one corner and use pipe on the sour cream. It looks super fancy and you’ll use half the amount of sour cream you normally would use for a recipe!