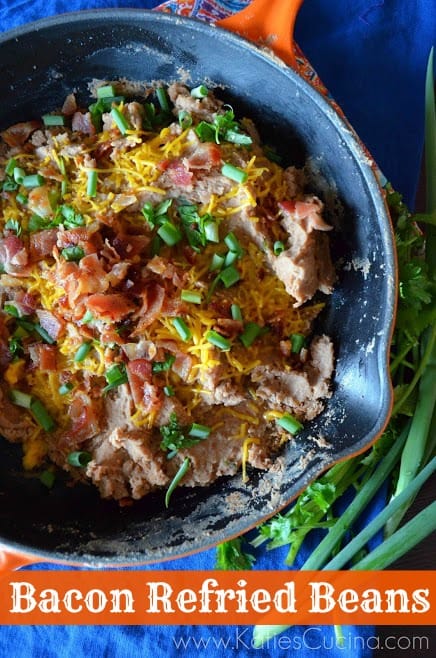 Refried Beans. You either love them or hate them. In the past few years I’ve grown to love them. I will be the first to admit that I had no idea you could make them from scratch. DOH! (in a Homer Simpson voice). I honestly thought they just came in the canned variety. Little did I realize that (duh), you could smash the beans and fry them yourself. 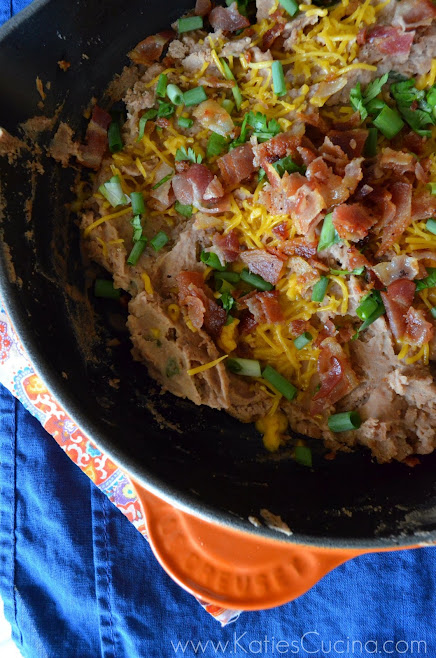 Of course, once I started experimenting in the kitchen and making my own homemade refried beans I reached for my bacon fat jar. Don’t look at me that way… you know what a bacon fat jar is. Don’t act like you don’t. You know… that sacred jar you store in the refrigerator with solidified bacon renderings from your last batch of fried (or baked) bacon. Mmmmm. Bacon…

So I reached for a spoonful of bacon fat and let me just tell you… it brought these refried beans to another level. Bacon Refried Beans. Even my non-bacon loving husband loved these beans and commented about how much flavor they had. When I asked him if he knew what the secret ingredient was he gave me a smirk and said “let me guess… bacon”. Of course I proudly proclaimed “yes”. I mean, first off… the man knows me well. But also if the thick scent of bacon in our home didn’t give it away then I’m not sure what else might have. 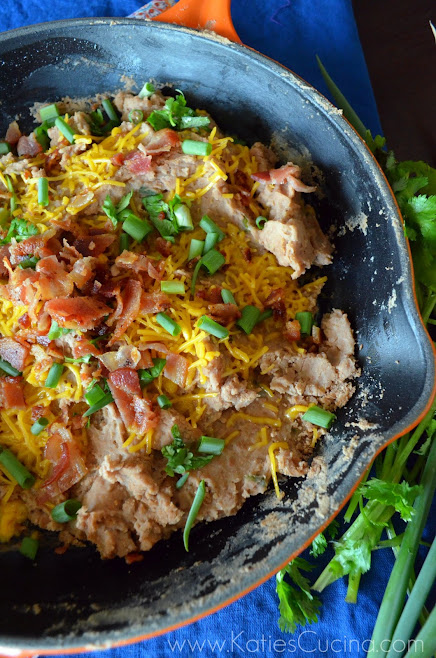 Back to the Bacon Refried Beans… to kick this easy side dish up a notch (woah, that was very Emeril of me), I added some crumbled bacon on top. Oh and lots of shredded Mexican cheese. The best part about my Bacon Refried Beans recipe is that it doesn’t take long to make, you’ll impress your family  and friends, and they taste a whole heck of a lot better than the canned variety. 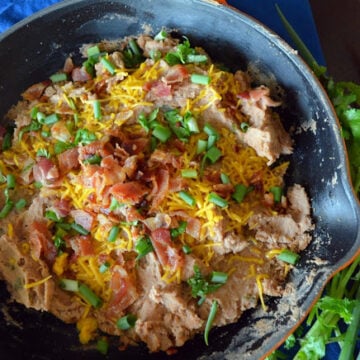 I love to top these with crumbled bacon and shredded cheese! They are the perfect side dish for Taco Tuesday.