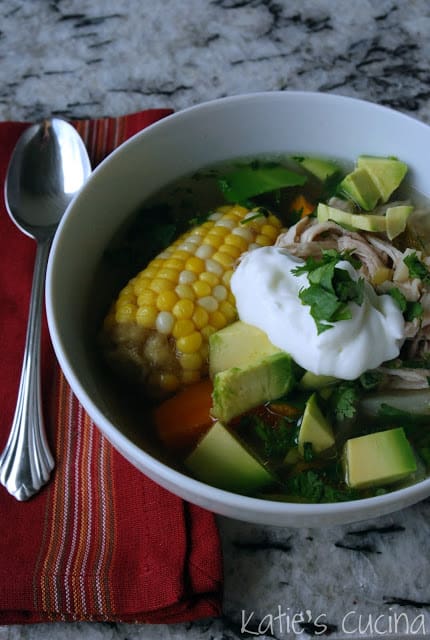 I am a soup fanatic… I could live on soup. As a kid, I preferred to eat soup for breakfast instead of waffles! In the dog days of Florida summers you will still find me eating soup! I typically try to make at least one pot of homemade soup each week. Most of the times it’s my go-to recipes that I’ve made for years now, and other times I’m working on a new recipe! I am always looking for new soup recipes, and even better crock pot recipes. This soup reminded me of a soup I had when I visited Austin, Texas last February. I went to a super authentic tex-mex restaurant and ordered the chicken soup. It just so happened to be sleeting in Texas while I was there and this Florida girl was freezing! I had never had an ear of corn in my soup before until that day. I must admit… it gave great flavoring to both the soup and the ear of corn, and from that point on I was hooked! This is a very basic chicken soup recipe, so if you are looking for bold flavors you may be disappointed and will definitely want to add more spices. You’ll notice that this is a pretty simplistic pot of soup, but a delicious one none-the-less! 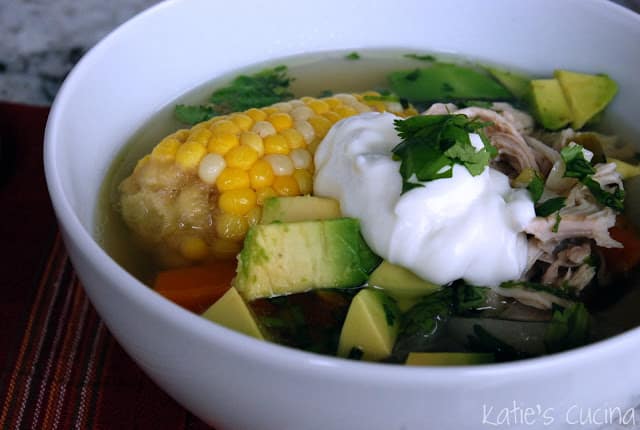