Homemade Cinnamon Raisin Banana Stuffed French Toast is perfect for a Sunday breakfast or entertaining for brunch to be enjoyed by kids and adults! 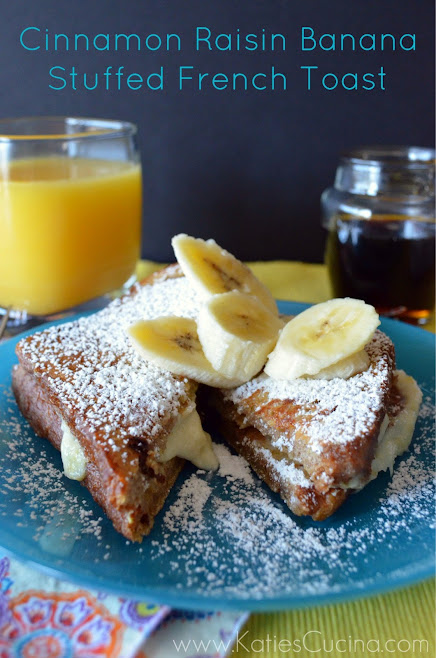 Thank you Dixie Crystals Sugar for sponsoring this recipe. As always, all opinions are my own.

Growing up I was a picky breakfast eater. Well heck, I was a picky eater altogether. I hardly ever ate meat, wouldn’t eat pasta with sauce on it, and preferred a bread and butter sandwich over a grilled cheese sandwich any day of the week. And yes, my mother totally let me eat a thick slathering of butter on white bread.

It was delicious; however, I don’t think I could ever eat that now. The one breakfast food I did enjoy, besides cinnamon raisin bread slathered with butter and extra cinnamon sugar (by the way do you see a reoccurring butter theme here. I can assure you that my mother is not Paula Deen.) was french toast.

Whether it was in the “stick” form or just a piece of white bread dipped in thick egg wash and fried until golden brown. I loved me some french toast. And let’s also take note that I never dared to eat the “real stuff”. You know thick grade A maple syrup. I thought that was garbage (ask me now and I’ll tell you much different). Instead I poured a hefty amount of the high-fructose corn syrup variety. 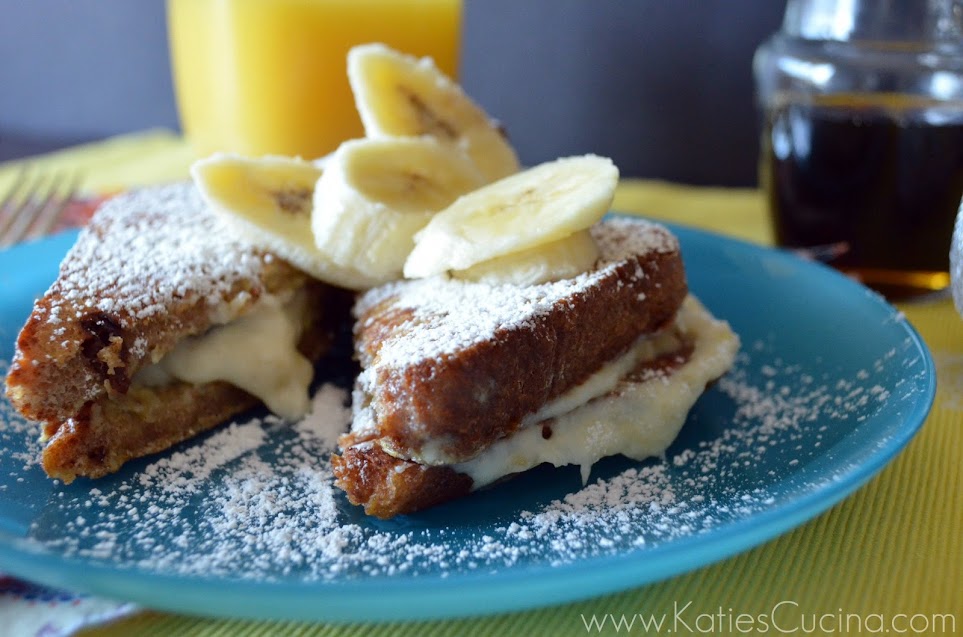 So fast forward 20+ years to present day. I’m not as picky of an eater (and definitely not for breakfast). I also have a much more refined pallet. I appreciate grade A maple syrup and I adore stuffed french toast. After making fresh cinnamon raisin bread I knew the first thing I wanted to do was stuff it with a creamy filling and fry it up.

Then I worked with my friends over at Dixie Crystals Sugar to develop this recipe for Cinnamon Raisin Banana Stuffed French Toast. This recipe utilizes Dixie Crystals Confectioners Powdered Sugar. Both in the egg wash and in the filling. I incorporated a ripe banana in the cream cheese filling to give additional flavor and sweetness to the filling. 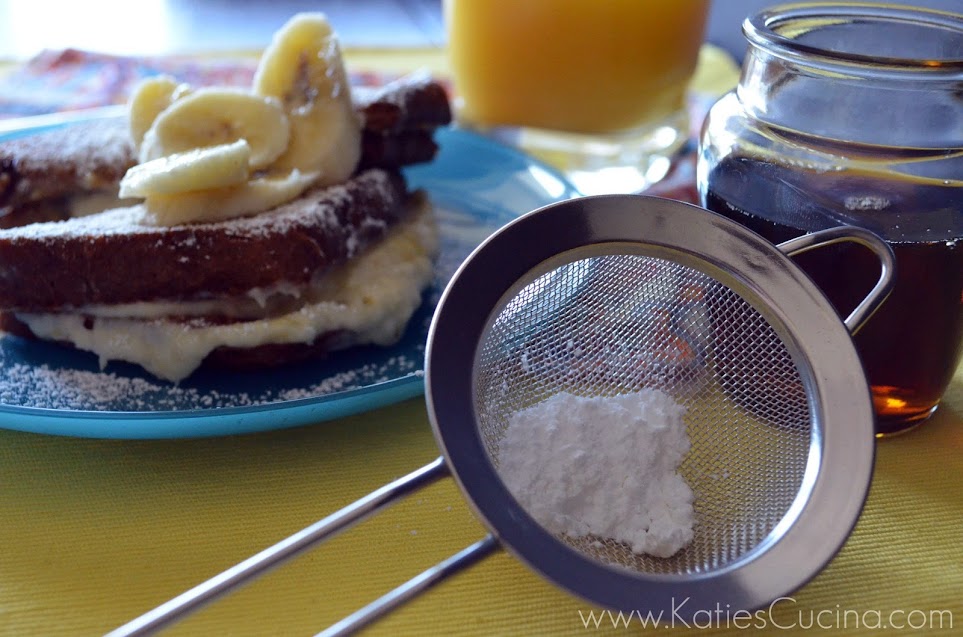 I have been using Dixie Crystals Sugar for years now. So I was super excited to meet the marketing team behind the brand last winter at Mixed. It was beyond a natural fit to work with them and I’m so grateful I’ve had the opportunity.

I’ve had the chance to taste (and test) some really delicious recipes like Apricot Bars, Carrie’s Cranberry Cobbler, and Double Choco-Bacon Muffins. All great recipes fit for any brunch. Do the photos look familiar? You guessed it, taken by yours truly! Remember if its brunch for two or for twelve… this Cinnamon Raisin Banana Stuffed French Toast is sure to hit the spot! 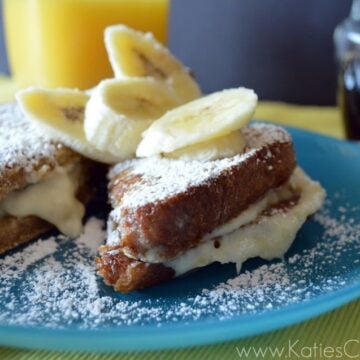 Nutritional calculations are estimated and may vary depending on serving size and ingredients.