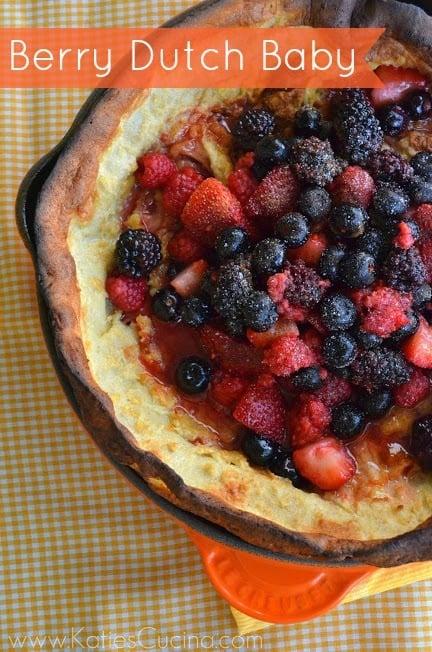 Are you ready for a super easy (and delicious) dessert that you can have on the table in 30 minutes time? Because your time has come… this is the holy grail of entertaining dessert recipes (in my opinion). Meet the Berry Dutch Baby. Everyone I served it to questioned the name, but once I explained it was pretty much like an oversized crepe everyone was sold. I have go-to dinners that I typically make when entertaining like my Feta and Herb Mashed Potatoes, my Greek Cucumber and Tomato Salad, my go-to grilled Pork Tenderloin (which I just realized I’ve yet to share with the world). But I never really had a go-to dessert, until now. After I took one bite I knew this was it. 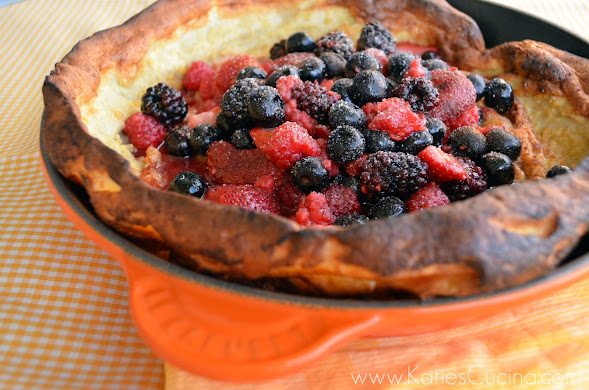 This was my first time ever making a Dutch Baby (sigh… that sounds so bad if you didn’t realize it was food). I guess I didn’t realize that this would be more of a liquid batter and got a little freaked out. That is when I realized… this must be like a giant crepe. 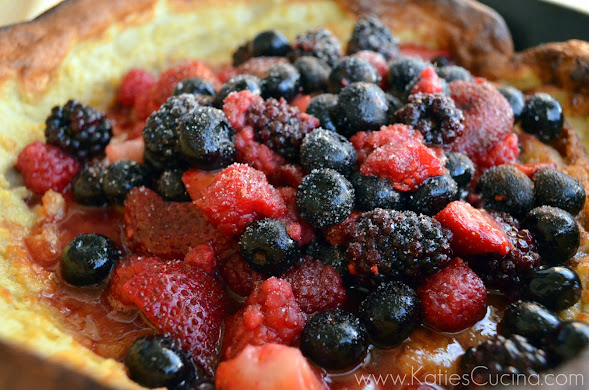 I will also tell you that I would have never thought to cook the berries for a few minutes to soften them up. To speed up the recipe time you can always cook the fruit while the Dutch Baby is in the oven cooking–but then you will be dirtying up an extra pan. So its up to you and whomever is assigned to dishes to cook it separately. 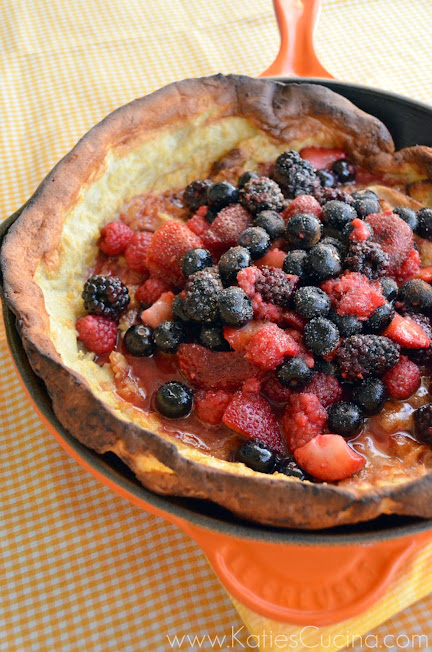 As the Dutch Baby cooks in the oven it will begin to puff up. Random bubbles will appear, and I can tell you from cooking this that it’s totally normal. As you remove the Dutch Baby from the oven it will begin to slowly deflate. You’ll also want to keep an eye on the edges. You don’t want it to burn. In some areas my edges were a little darker than I would have preferred–thankfully it still tasted delicious.

So whether its for Easter next weekend or a spur-of-the-moment dinner party this Berry Dutch Baby will give the sweetest ending to your party. 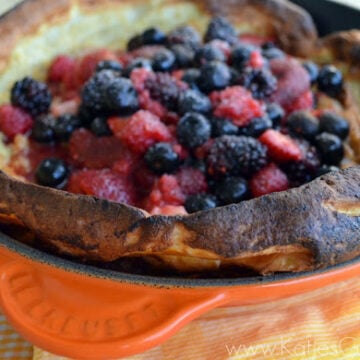