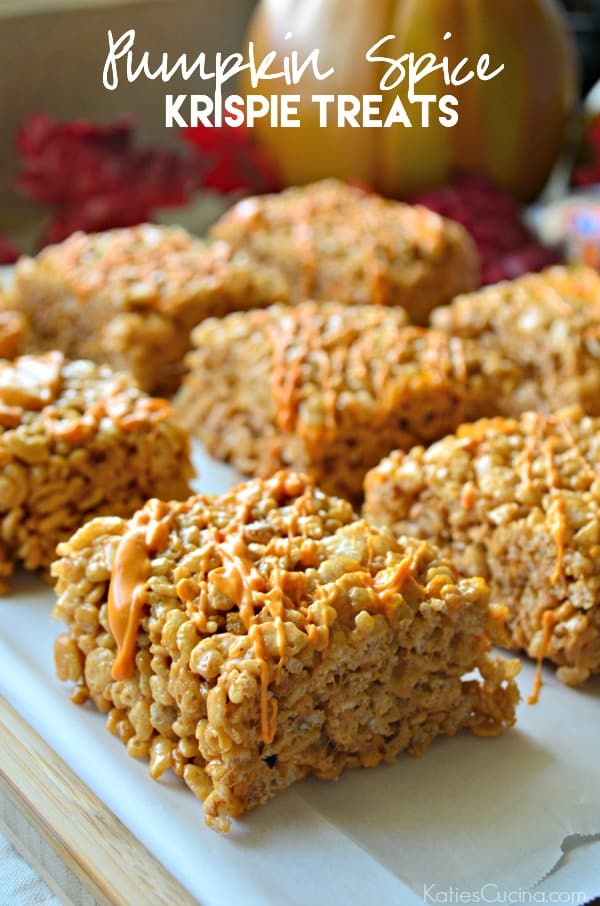 While browsing the aisles of Walmart last week I came across pumpkin spiced mallows and pumpkin spiced white chocolate chips. It instantly hit me that I wanted to make a batch of Pumpkin Spice Krispie Treats (ok maybe a few batches). It’s been forever since I’ve created a new krispie treats recipe. They were calling my name so I had to make them. 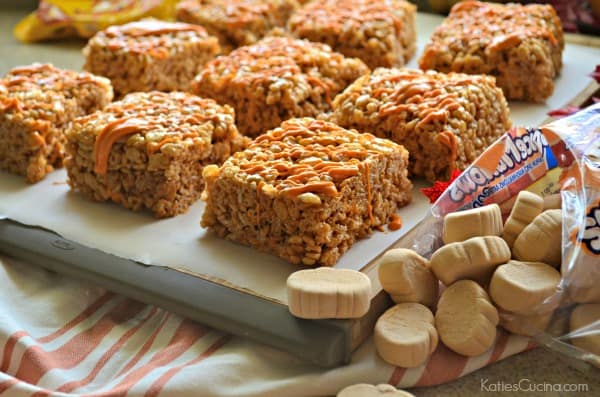 While making this Pumpkin Spice Krispie Treats it dawned on me that my son had never had one. Which is probably a good thing. The kid loves strong flavors. I figured he would love these. I let him nibble on half of a pumpkin spiced mallow which he loved and kept coming back for more. That was also a first for him. And then I let him have a tiny bite of the krispie treat and he liked it but wasn’t begging me for more. I’ll admit I was kind of happy. I’m doing my best keeping him away from as many sweets as possible until he’s a little older. I’ve even went to the extent to buy organic lolly pops, gummy bears, and graham cracker cookies for Halloween this year. In hopes that I can lure him with those verse all the chocolate he will receive between all the parties we are going too. Praying I can get by one more year without him begging me to eat candy bar after candy bar. 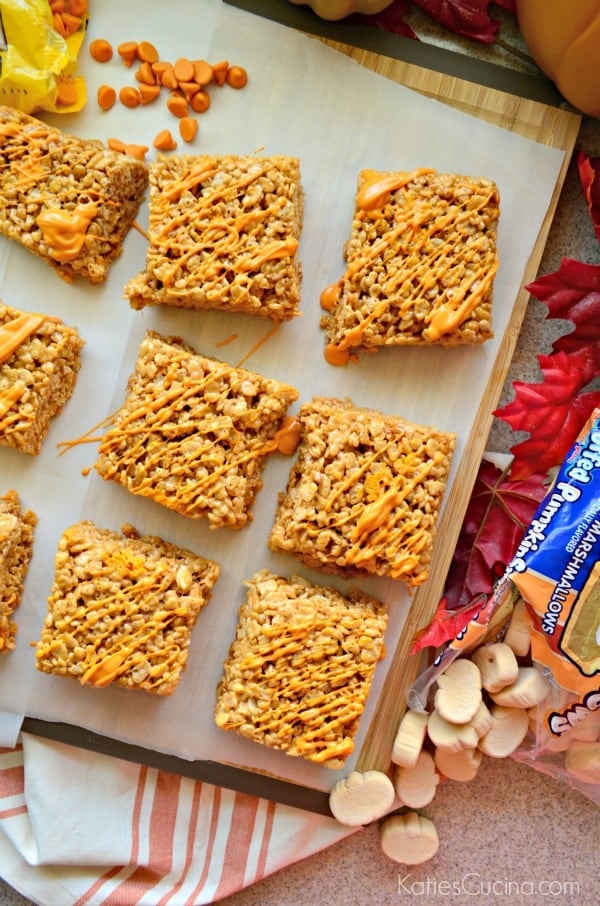 The morning I made these Pumpkin Spice Krispie Treats I brought them to his play group. Some of the kids tried them, but it was mostly the parents who were snacking on the treats. One of my friends even made the comment to Ryder that he’s gonna be a lucky little boy that will be bringing all sorts of home baked goods to class when he gets older. And that statement is very true. Of course he’s lucky, but oh-yes will this kid have all sorts of home baked goods that he will share with his friends. I’m sure he will develop quite the reputation (in a good way, I hope)! If the kids have a Halloween party later this week or maybe your entertaining a few friends on Halloween then I highly recommend you make my recipe for Pumpkin Spice Krispie Treats. 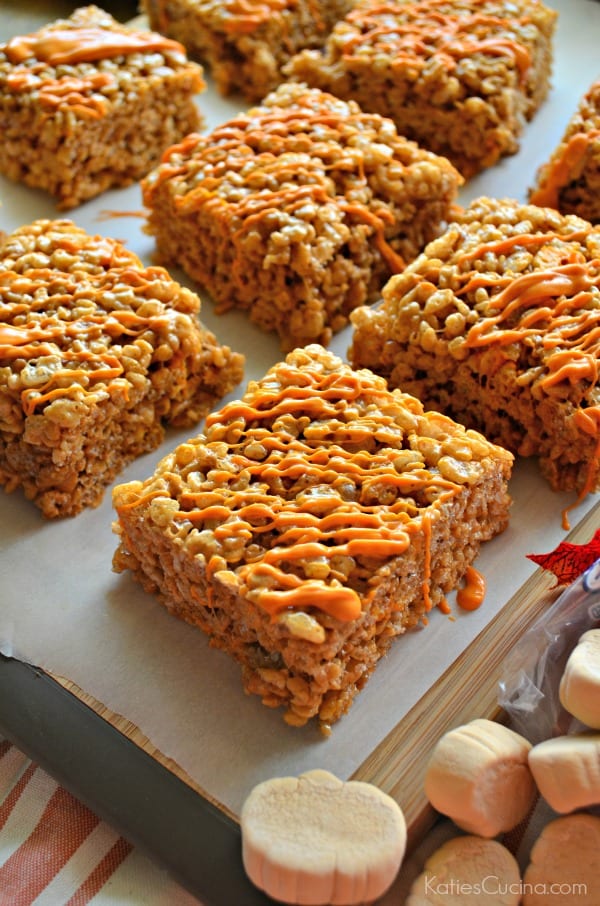 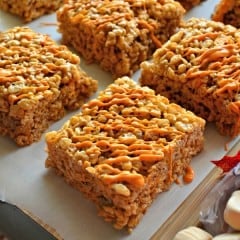 Try this same recipe with peppermint marshmallows and chips!