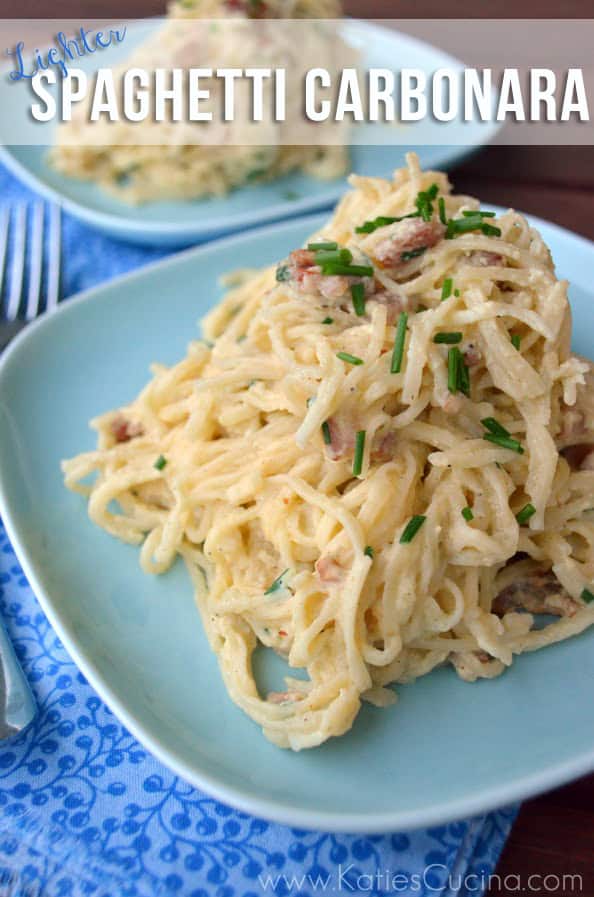 Would you hate me if you knew that I ate my first bowl of Spaghetti Carbonara last year in Europe? Yep totally true. I think the whole egg thing has thrown me off all these years, and thus kept me far, far away from the egg based pasta. But while on vacation I tend to get a little more adventurous. I was craving creamy pasta and I gave it a try… and what do you know? I loved it, and then proceeded to gorge myself until I had a stomach ache (which by the way I don’t recommend that).

I was inspired to make a lighter version of spaghetti carbonara at home. I was craving comfort food. I had a busy day at the office and all I wanted to do was eat a quick comforting dinner and then veg on the couch (which lets get real I rarely ever veg on the couch. I typically get my second wind after dinner and start working on blog stuff until the wee-hours of the morning). 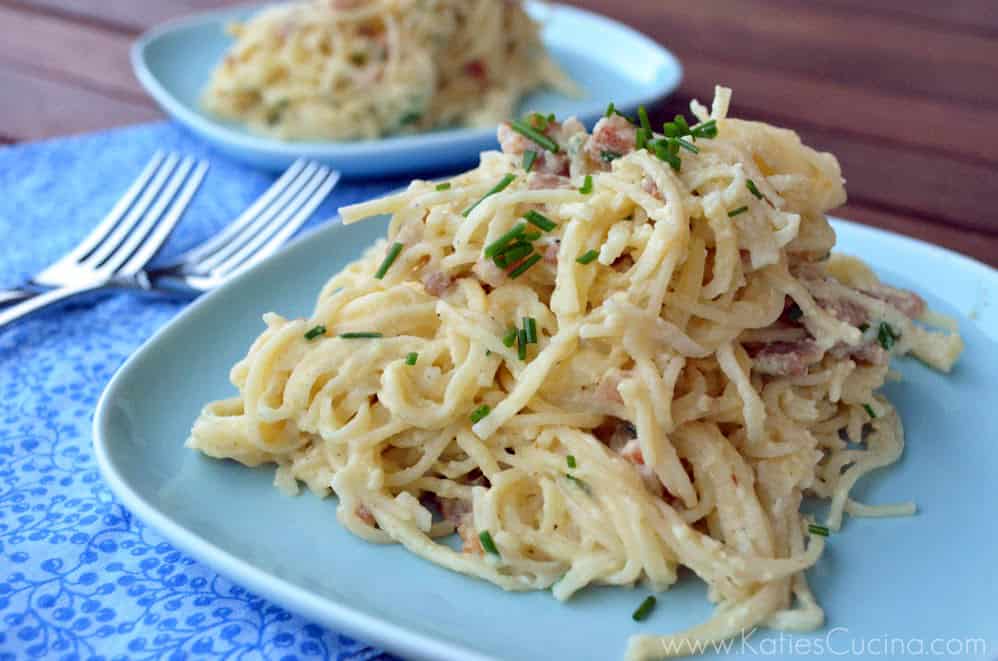 So on that sluggish evening (this happened be right after I made tons of homemade spaghetti) I knew I wanted to make pasta but I didn’t know what. I typically make my go-to Shrimp Scampi recipe, but on this particular night I did something I haven’t done in a while… I opened a cookbook! gasp! I find myself opening cookbooks less and less and going straight to the internet. And then, of course,  once I open the cookbook I tend to get lost in it for hours just as I would the internet. That’s when I flipped to this glorious recipe. This was also around Easter time when I had leftover Slow Cooker Ham. Might I add, that I never have ham in the refrigerator, so I felt that this recipe was destine to be cooked. I will tell you that Spaghetti Carbonara is not as scary as it might seem… even if you aren’t a fan of egg yolks–its creamy and comforting and brought me right back to Italy!