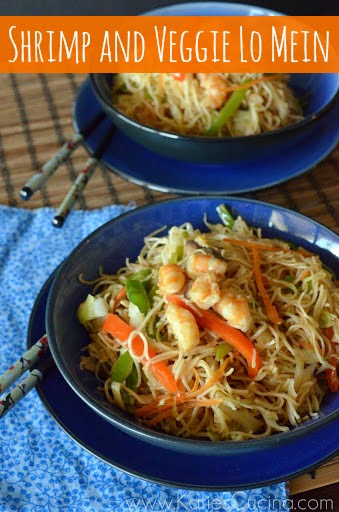 Do you love home takeout? I do! I love takeout in general, but sometimes we don’t want to spend the money on eating out so I turn to my home-takeout method. About two months ago I stumbled across a recipe for Shrimp and Veggie Lo Mein. Ironically, although I’m not a big fan of lo mein at the local takeout joints I am head over heals for this Shrimp and Veggie Lo Mein I make at home. So much so that I have made this over a handful of times over the past two months! 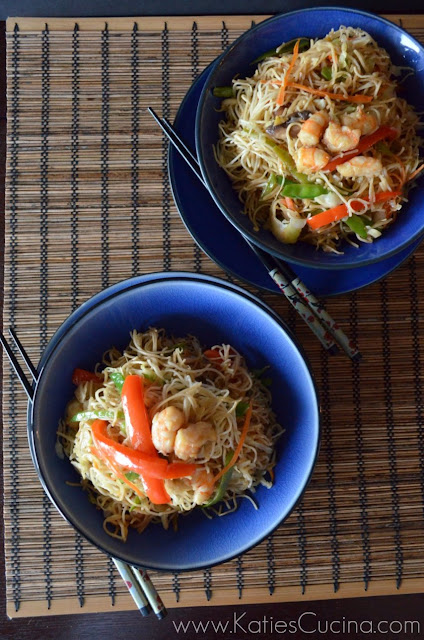 I would like to thank my mom for my love of Chinese food. Growing up I would beg for Chinese food for breakfast; back then I would eat chicken and broccoli with white rice. If my mom would have allowed it I would have consumed it for breakfast, lunch, and dinner, and then repeated the same meals over and over again until my little heart was content. Chinese food brings me comfort and I think that might be why I find myself yearning for it when I’m sick. Of course I love homemade chicken noodle soup, but the next best thing in my book is wonton soup and vegetable fried rice. I also love to make my Asian chicken and rice soup, too when I’m sick or on a cold winters day. But since winter has long escaped from sunny Florida I’ll take this Shrimp and Veggie Lo Mein. It’s comforting, light, and best of all you can add as many vegetables and proteins to this simplistic Asian dish. 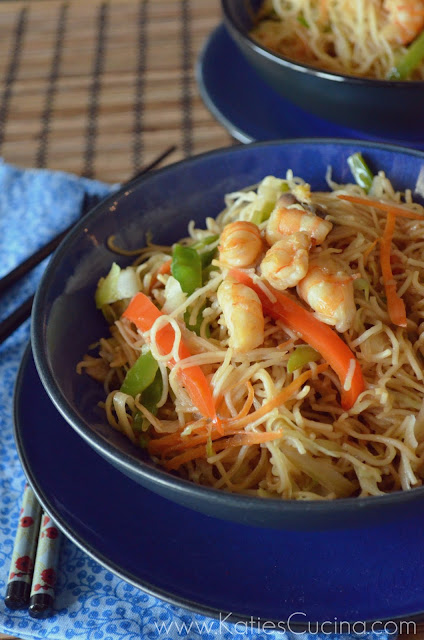