Looking for a festive fall breakfast dish? Use up the homemade pumpkin cream cheese and pair it with pumpkin swirl bread to make the most divine Pumpkin Cream Cheese Stuffed French Toast. 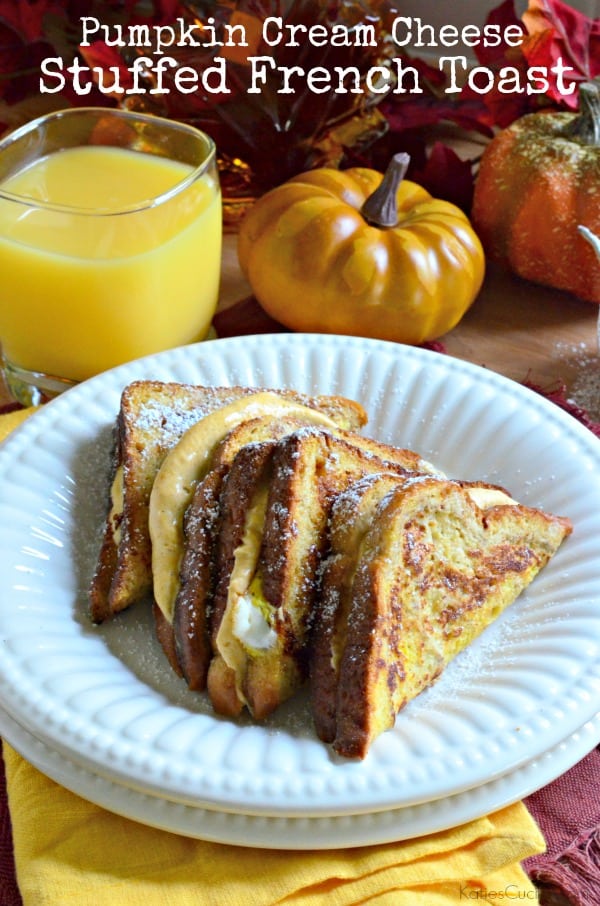 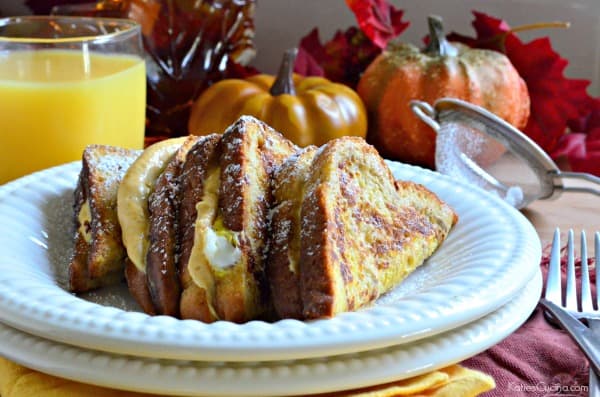 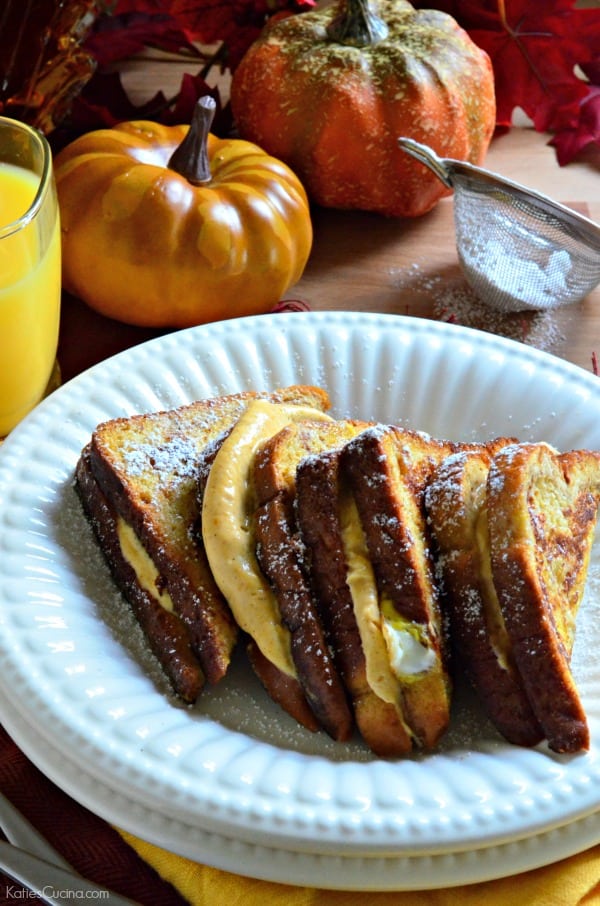 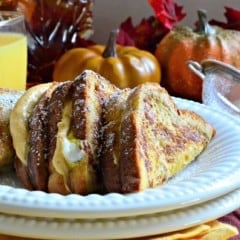