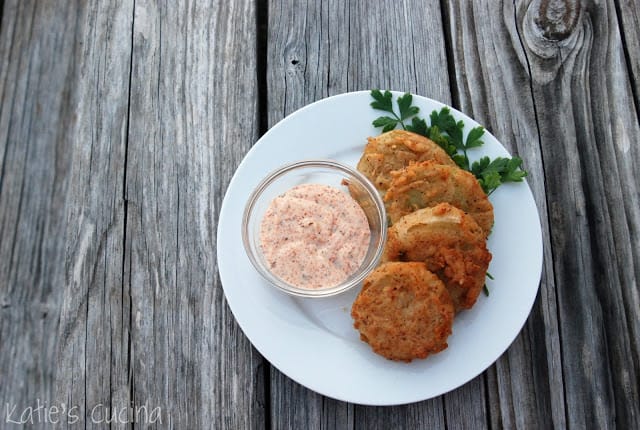 I love fried green tomatoes. It’s not something that I eat often, and when I found 1 green tomato in my 10 gallon bucket I couldn’t be happier. I knew it was only going to yield but a “taste” of them, but I had to make them. I had never made them before–I had only eaten them when I was out at a restaurant, and most recently this past year in New Orleans where I had the most amazing Fried Green Tomatoes at NOLA, Emeril Lagasses first restaurant. I had been craving them ever since and was hopeful I could attempt to recreate the master piece of a dish I had earlier consumed while traveling. 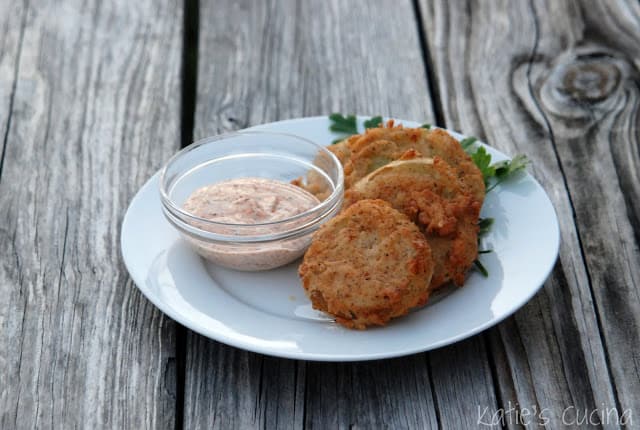 I found two recipes I liked, The Neelys and Paula Deen’s recipe. I spliced the two recipes to make my own. using a deep fryer works best for this recipe–allowing the tomatoes to cook evenly on both sides.

My husband has had fried green tomatoes once before and he wasn’t a big fan of them. He had one bite of mine and he was in love! Unfortunately, I only had one green tomato and one tomato that was under-ripe so I gave that one a try too. Ultimately, the under-ripe pinkish tomato didn’t work (which I had a feeling it wouldn’t work). We both had two slices of fried green tomato heaven! lol. My recipe is for my one tomato but if you have more tomatoes then just double up the recipe!

Inspired by:  The Neelys and Paula Deen’s recipes 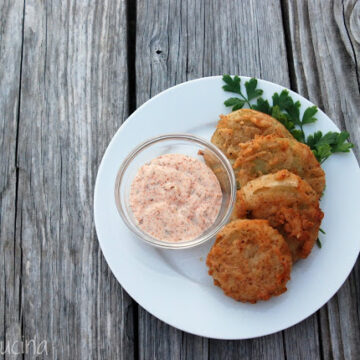 Cajun Ranch Dipping Sauce:
Mix a 1/4 cup of ranch dressing with one tablespoon of cajun seasoning. Refrigerate until ready to serve alongside the fried green tomatoes.

Disclosure: This post includes affiliate links. If you make a purchase I will receive a percentage of the sale.